Origins of the Serbian Internet

The process of connecting Yugoslavia to the global electronic networks began in the late 1980s. The European Academic Research Network (EARN) was operating in Europe at that time. In 1988, the Belgrade University Faculty of Natural Sciences and Mathematics1 suggested that Yugoslav universities join the EARN. Belgrade University became an EARN hub node in 1989, when the first international academic network connection was set up between Belgrade and Linz. 2

Because the simplicity of the TCP/IP family of protocols brought about the rapid development of ARPANET (which later developed into the Internet), the need to establish a “bridge” for exchanging electronic mail and data between the Yugoslav academic network (based on VAX servers connected in a DECnet network and on a X.400 test platform) and ARPANET was soon felt. In order to make this link possible, Yugoslavia on 15th June 1989 got its own top-level domain (TLD) on the Internet – .YU.

The Socialist Federal Republic of Yugoslavia academic network development project functioned as part of the Scientific-Technological Information System (SNTIJ) development project, which was headed by Maribor University and the Jožef Štefan Institute in Ljubljana. These institutions took it upon themselves to establish the first .YU domain registry, between 1990 and 1991. 3 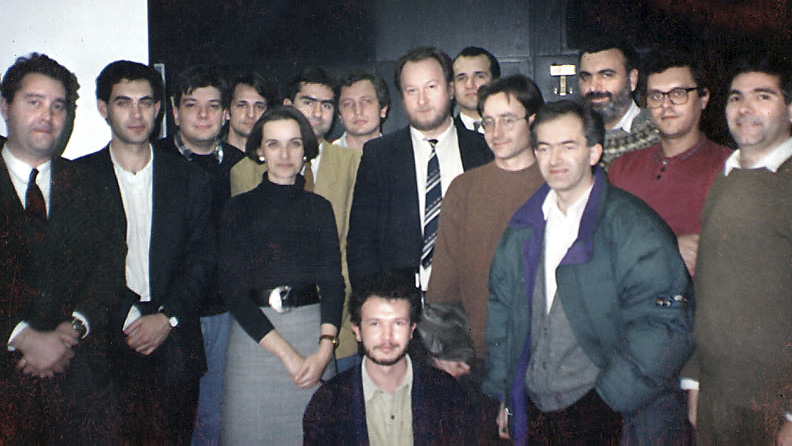 In 1992, when the United Nations imposed sanctions on the Federal Republic of Yugoslavia, international network traffic was halted and the country was formally excluded from international academic exchange. With the disintegration of the country, the SNTIJ project ceased, but the .YU domain registry remained in Slovenia.

After Slovenia acquired its own ccTLD (.si), members of the SNTIJ Commission in Serbia wrote to their colleagues in Ljubljana asking that they transfer responsibility for the .YU registry to them.

After receiving no reply for several months, Mrs Mirjana Tasić of the Belgrade University Natural Sciences and Mathematics Faculty turned to the international and European institutions which managed the primary Internet services for help. Letters were sent to Jon Postel of IANA (the Internet Assigned Numbers Authority) and colleagues at the RIPE (Réseaux IP Européens) organisation. Correspondence continued until the spring of 1994, when Jon Postel finally ruled in favour of the Federal Republic of Yugoslavia. The management of the .YU ccTLD registry was from then on entrusted to Mrs Mirjana Tasić and a group of enthusiasts from Belgrade University (Dr Đorđe Paunović from the Faculty of Electrical Engineering, Dr Božidar Radenković of the Faculty of Organisational Sciences, Berislav Todorović and Nenad Krajnović of the Faculty of Electrical Engineering and others), who operated under the name YU NIC – the Yugoslav Network Information Centre.

Installing the first primary DNS servers for the .YU ccTLD was no simple affair since Yugoslavia was under sanctions and foreign companies were prohibited from forming any kind of ties with Yugoslav companies and academic institutions. At the request of YU NIC and thanks to the good will of the staff at the Internet provider MCS.com, the .YU domain was hosted outside the country on the condition that MCS not be responsible for maintaining the registry of Yugoslav domain names.

In order to overcome this limitation, the decision was taken to create the second-level domains .CO.YU and AC.YU, and direct them towards other Internet servers whose administrators would be willing to maintain the registries for these domains. 4

As may be inferred from the story of the struggle to assume responsibility for the .YU domain, government institutions showed no particular interest in supporting the efforts of the YU NIC enthusiasts during the 1990s. The minimum financial support necessary for the group to operate dried up in 1995, meaning YU NIC had to adapt to a temporary situation which, as it turned out, became a permanent state of affairs. 5

The first consequence of this was that the registration of .YU domains was limited to legal entities only (companies, sole traders, civil associations, political parties, etc.). Additionally, each entity was limited to owning just one domain. YU NIC compensated for these limitations to some extent by waiving fees for registering domain names.

Because of the way the organisation operated at the time, the rapid growth of the Internet in the country overwhelmed YU NIC to breaking-point. In spite of all the limitations, the number of domain name registration applications climbed to more than 200 a day, and the waiting period for domain names to be activated was dragged out to an average of 20 days. 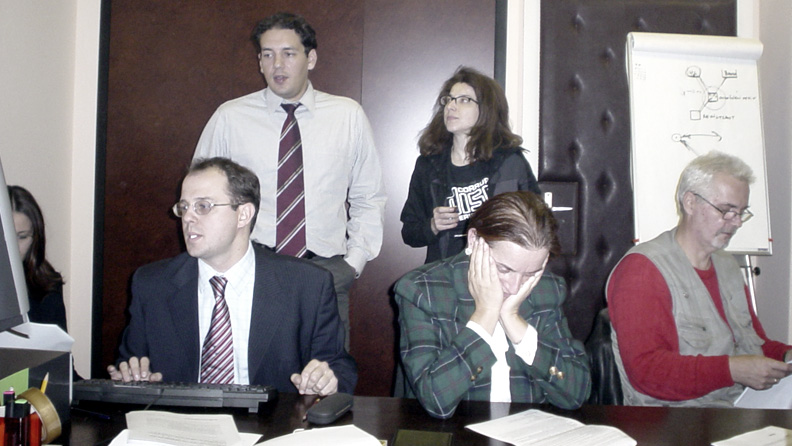 From 2000 onwards, multiple initiatives were launched, aimed at reforming the way YU NIC operated. In mid-2001 a working group was formed within the Federal Information Technology Institute which drafted new Rules of Procedure for the registration of .YU domain names and a new YU NIC Statute (PDF, 423 KB), and also the Proposal for the improvement of the Internet in Serbia and Yugoslavia (PDF, 132 KB).

At the initiative of Mrs Mirjana Tasić, an ad hoc working group was formed in early 2005 to prepare the founding memoranda of an organisation which would take over the management of the .YU domain registry. In addition to the current administrators of the .YU registry, the group comprised representatives from local Internet providers, Telekom Serbia, the Ministry of Science and Environmental Protection, non-governmental organisations and others. This group drafted the Statute of the Serbian National Internet Domain Name Registry (RNIDS). A public debate was held on the RNIDS Statute on the Elitesecurity Forum, which lasted from 20th March to 3rd April 2006. 7

At that time, all the working groups and the Internet community at large agreed that at a minimum it was necessary to secure: 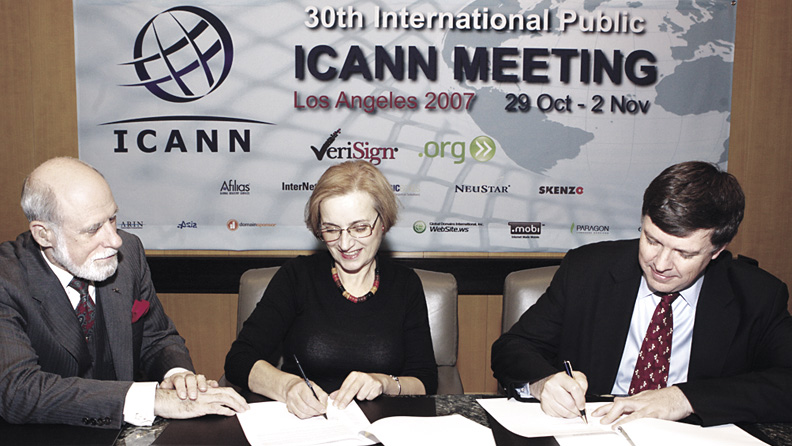 In late May 2006 the working group finalised the text of the draft RNIDS Statute, and the new organisation’s Founding Assembly was held on 8th July 2006, with 34 companies and organisations taking part. The RNIDS Board of Governors was elected, which was to work towards establishing the organisational, technical and financial preconditions for the responsible and reliable maintenance of the central .YU domain registry. The process of agreeing on the transfer of responsibility between NIC, the government, ICANN and RNIDS was completed.

The RNIDS Founding Agreement was signed on 18th December 2006 by 17 companies and organisations who in doing so gained the status of founding member. On 12th February 2007, RNIDS was registered as a Fund with the Ministry of Culture and officially began operating.

On 11th September 2007, based on support from the Government of the Republic of Serbia and from the Serbian Internet community, ICANN took the decision to entrust RNIDS with the management of the existing .YU registry and the future registry of the country code top-level Internet domains of the Republic of Serbia. The .RS domain became accessible on the Internet on 25th September 2007. 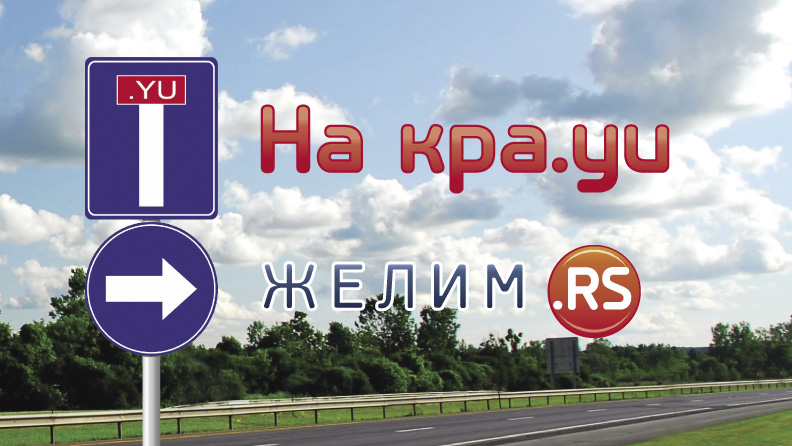 An agreement on the transition of domain names and second-level domains registered under .YU to the .RS and .me domains was signed with the Montenegrin registry during 2007.

Launch of the .RS domain

For the next six months, until 10th September, the owners of old .YU domain names had the right to register the same domain name with the .RS extension. There were approximately 40,000 old .YU domain names, of which around half were active. In order to ease the transition, RNIDS founded the Commission for Transition which resolved issues surrounding the registration of domains in transition in cases where the .YU domain name registrant was no longer an active legal entity.

The management of the second-level domain .AC.RS was transferred to the Conference of Universities and was made available for use by accredited higher education facilities – faculties and institutes. The management of the second-level domain .GOV.RS, intended for the state bodies of the Republic of Serbia, was transferred to the Administration of the Joint Services of Republic Bodies.

At the 37th General Assembly of CENTR (Council of European National Top Level Domain Registries) held on 3rd October 2008, RNIDS was made a full member of the organisation.

The registration period for old .YU domains was extended as of 3rd November 2008. All .YU domains which had not been renewed by 30th April 2009 were permanently deleted from the registry on 4th May 2009. The initial plan was for the .YU domain registry to be permanently shut down on 30th September 2009, but the deadline was moved back by decision of ICANN until 30th March 2010.

Internationalized Domain Names (IDNs) are domains that can contain letters in their name that are not limited to the English alphabet (i.e. the ASCII character set). As of December 10th 2018 the registration of .RS domain names with extended Latin character set was enabled for the following languages: Serbian, Albanian, Bosnian, Croatian, Czech, German, Hungarian, Montenegrin, Polish, Romanian, Slovak, Slovene and Vlach. Therefore .RS domain became IDN. During the initial registration period .RS IDN domains could be registered only by registrants of existing .RS domains. At noon on March 5th 2019 unrestricted registrations of .RS IDNs begun. 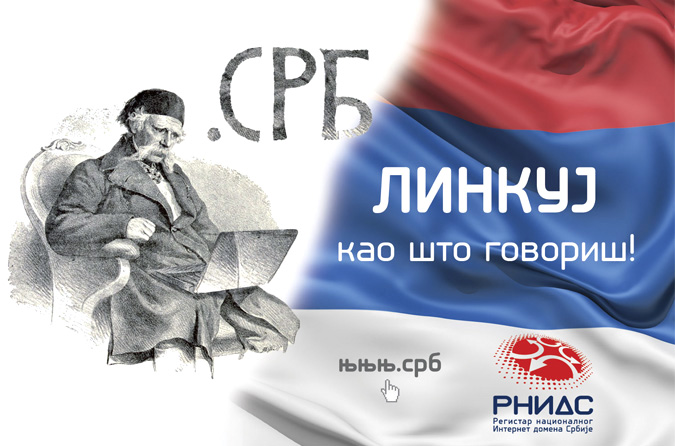 Launch of the .СРБ domain

In early 2010 RNIDS began the procedure to introduce an internationalised country code top-level domain (IDN ccTLD) in the Serbian language and the Cyrillic script.

On 8th November 2010, ICANN accepted RNIDS’ proposal for .СРБ to become the Cyrillic domain of Serbia and assigned this designation to our country as the second country-code top-level Internet domain.

The Cyrillic domain .СРБ became accessible on the Internet on 3rd May 2011. On 11th May 2011, the new official RNIDS website went live at the address рнидс.срб, thus becoming the first local website to use the new top-level Cyrillic domain.

Enactments governing the registration of .СРБ domain names were approved at the RNIDS Assembly meeting on 28th May 2011, as was the Statute under which RNIDS became a Foundation, as required by law, and the Assembly was renamed the Conference of Co-founders.

The registration of .СРБ domain begun on January 27th 2012. Existing .RS domain registrants had six months’ priority registration rights for .СРБ domains, at a special price of 1 dinar until August 1st 2012 at midday when .СРБ domain was opened up for unrestricted registrations.

As of March 5th 2019 registration of domain names with .СРБ domain is enabled for the broader set of Cyrillic characters, which incorporates letters from Bulgarian, Macedonian, Russian, Ruthenian, Ukrainian and Vlach languages.

Download the presentation "A Tale of Three Domains" by Mirjana Tasić (2,16 MB)

1. Today these are the separate Faculty of Mathematics and the Faculty of Chemistry of Belgrade University.

3. The first official administrator of the .YU TLD was the YUNAC Association, registered at the University of Maribor.

4. The initial establishment of the .YU domain registry was strongly backed by the Serbian scientific diaspora – professors, researchers and PhD students at various universities around the world, who at the time agreed to administer the second-level domains within the .YU TLD.

5. Emergency expenses, such as faults with computer and network equipment needed for the operation of the registry were mainly covered by the Faculty of Electrical Engineering and the Faculty of Organisational Sciences in Belgrade.