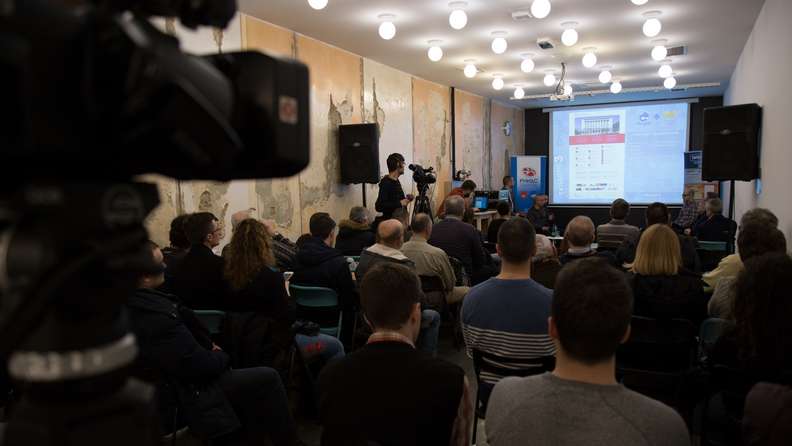 “When we began using computers we had no inkling of the extent to which they would change our life habits. The march of technology has also impacted the use of our traditional script. Now, however, new ways are opening up to spread the use of the Cyrillic alphabet online – and this time technology can be our ally.” These were the words of Vojislav Rodić, Chair of the Board of Governors of the Serbian National Internet Domain Name Registry Foundation (RNIDS), opening Cyribusters, the sixth event devoted to our second ccTLD, .СРБ.

Before the panel debate kicked off, Predrag Milićević, Chief Marketing and Communications Officer with RNIDS, gave a brief overview of the history of the standards relating to Cyrillic and the use of non-Latin characters and symbols on the Net. A little over ten years ago,

ICANN, the organisation that manages the global structure of the Internet, enabled the use of non-Latin domains on the Internet, but the defining moment is considered to have come in 2003 when UNESCO adopted a proposal recommending the equal use of diverse languages and alphabets online.

Six years later saw the worldwide launch of ccTLDs in non-Latin alphabets. Our .СРБ domain has been online since January 2012, making it the second oldest Cyrillic domain in the world, right after the Russian .РФ TLD. 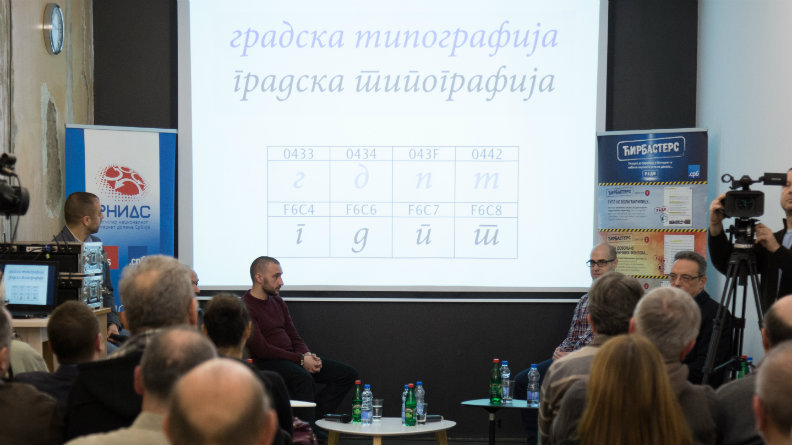 In recent times companies have been increasingly using Cyrillic in order to gain a distinctive edge in the market, with more and more companies and products adopting logos using this script. However, problems with Cyrillic become apparent when we use lower case, italicised letters. When italicised, the lower-case Cyrillic letters д, г, т, and п often do not reflect Serbian language standards but rather Russian conventions. But there is a solution for this, says full professor of the Faculty of Applied Arts Olivera Stojadinović.

The problem can easily be fixed by using localisation options on computers, and online by adding an “sr” selector in the CSS (the markup language used to define the appearance of web page elements). This may seem very challenging, but for people who build websites for a living it is a very simple process, said Professor Stojadinović.

Google is so dominant that for many users this search engine IS the Internet. But the core activity of this American company is actually crawling the Internet, gathering suitable content it finds, and indexing and storing it. Google does not display search results which it has gone out and found in real time, but rather results which it has previously stored and indexed. If content is not indexed, then as far as Google is concerned it might as well not exist.

Nenad Pantelić, SEO expert participating in the panel debate, explained that Google has a very advanced mechanism for recognising the content of text, but can still get “confused” – if the site does not use the correct codes and Google finds the same text written both in Latin and Cyrillic, it will only show one version of them in the search results. The other will not be indexed and therefore not displayed.

Pantelić explained that anyone wanting to publish content in both scripts should use the “hreflang” attribute, which defines the language, script and target region of online content. Since the hreflang attribute primarily defines language – which is usually enough, since most languages use only one script – we need to use additional tags in order for Google to properly index the same article on a site published in both scripts. 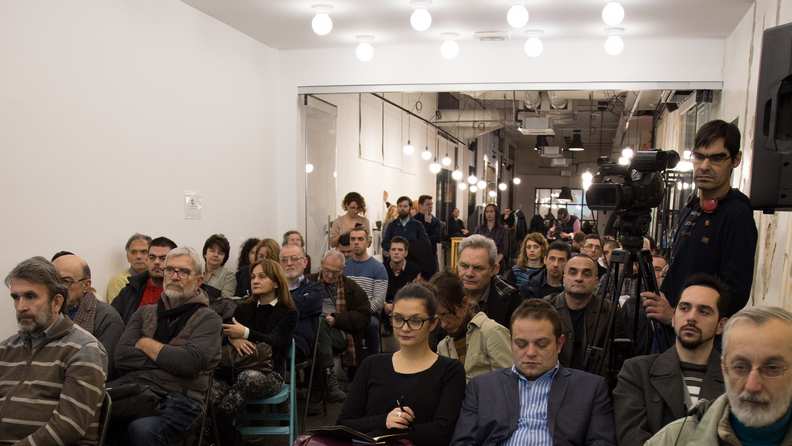 Transcription is no longer a problem

Since state institutions are required to use Cyrillic on their websites, and companies are increasingly publishing content in several languages and scripts, the need has arisen to use software that transcribes this content in real time. Vladimir Marić, says that his company has successfully implemented a solution to this issue on Drupal, the free, open-source content-management system.

Companies and other organisations can now save a great deal of time that was previously lost on having staff manually transcribe their content from Cyrillic to Latin and vice-versa.

The situation is similar with one of the most popular platforms in Serbia – Wordpress, which according to unofficial research, is the CMS behind around 80 percent of websites in our country. Web developer Sibin Grašić explained to attendees at ICT HUB that problems with publishing Cyrillic content on this platform could easily be resolved using plugins – software components that add extended functionality to an existing application.

While content can be published on Wordpress-based sites in Cyrillic and then easily converted to Latin script, the reverse process is more complicated and error-prone. However developers in Serbia are working on resolving this problem, too. According to Grašić’s statistics, of all the Wordpress sites in our country, less than 2 percent are in Cyrillic because site owners still have preconceived notions about its use online.

This is why there needs to be promotion of the extensive possibilities for the online use of Cyrillic that are out there and that are becoming simpler by the day, concluded the panel participants. The main obstacle to the use of Cyrillic is not technology, but us, its users.