The Serbian Internet Domains Day (DIDS) was held on 16th March in a hybrid format, organised by the Serbian National Internet Domain Registry (RNIDS) Foundation. The programme was streamed from the Yugoslav Film Archive, with most of the audience attending online. 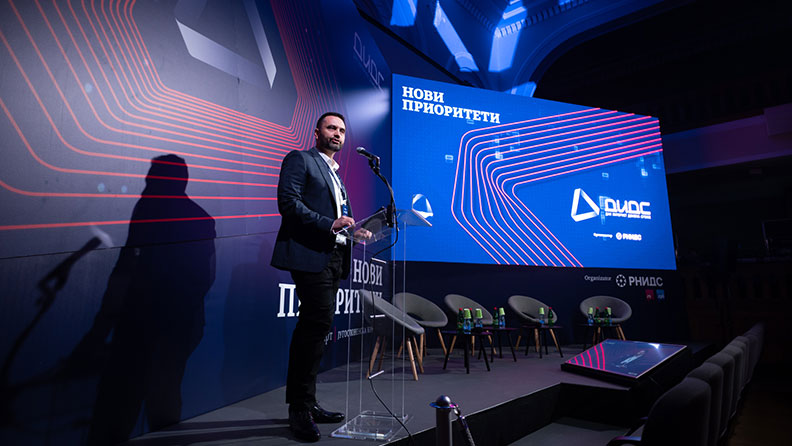 The conference was opened by Milan Dobrijević, State Secretary in the Ministry of Trade, Tourism and Telecommunications, who stressed that the Ministry saw Internet access as a basic human right and that the pandemic had shown that the Internet was truly an essential service in the exercise of those rights. He noted that 98% of homes in Serbia had access to 4G mobile Internet and around 70% had high-speed Internet access but that there was still a need to further extend accessibility in view of the fact that 10-12% of homes still had no access to fixed-line broadband Internet. 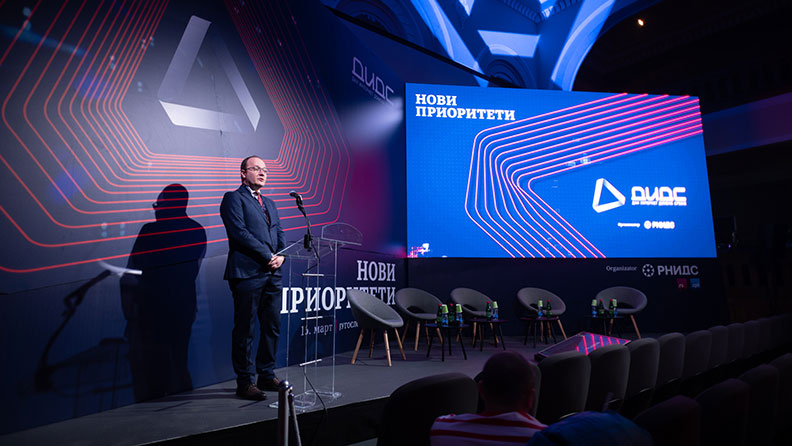 Leonid Todorov, Director of the Asia Pacific Top Level Domain Association (APTLD), also said a few words – about how his organisation operated, about the growth in the number of registered national domains in the markets covered by these registries, and also about their total share of the market in comparison with generic domains. 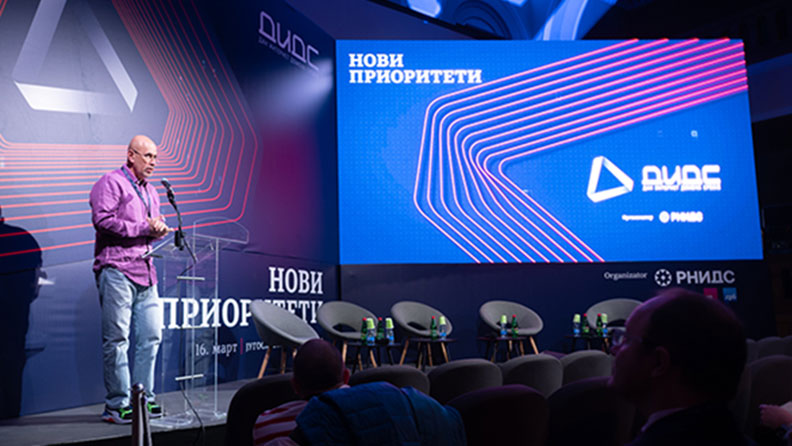 The conference slogan was New Priorities, and Director of the RNIDS Foundation, Dejan Đukić spoke about priorities for the coming period and RNIDS’ five-year development strategy. He stressed that RNIDS’ basic priorities would remain the same – maximising uptime. He touched on the challenges faced by Internet stakeholders during the pandemic, from illegal activity online that required a rapid response, to successful cooperation with a range of institutions in order to ensure that the Serbian corner of the Internet was as safe as possible for all users.

“The Internet is the world” – that was the guiding concept for Metaklinika studio, whose task it was to design RNIDS’ new visual identity, to be implemented during this year. Nenad Vulović, presenting the project, explained that in coming up with the design his studio had tried to maintain some continuity with the existing visual identity but also to impart a significantly fresher visual expression, such as the Foundation deserved after almost 15 years of operation. 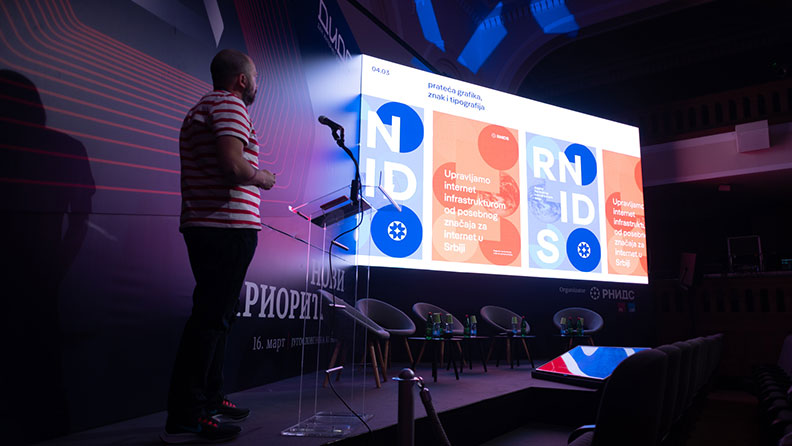 The future of digital advertising in a world without cookies

The digital advertising industry registered double-digit growth in the pandemic year of 2021, however further questions are being raised regarding further growth trends and the operation of the industry itself given Google’s announced removal of third-party cookies from Chrome, and following in the wake of the upheaval caused by Apple’s changes to its privacy policy. International and national regulations are becoming increasingly strict with regard to who may collect user data, in what way and how they may process that data, while users themselves are becoming increasingly aware of the importance of their private data. 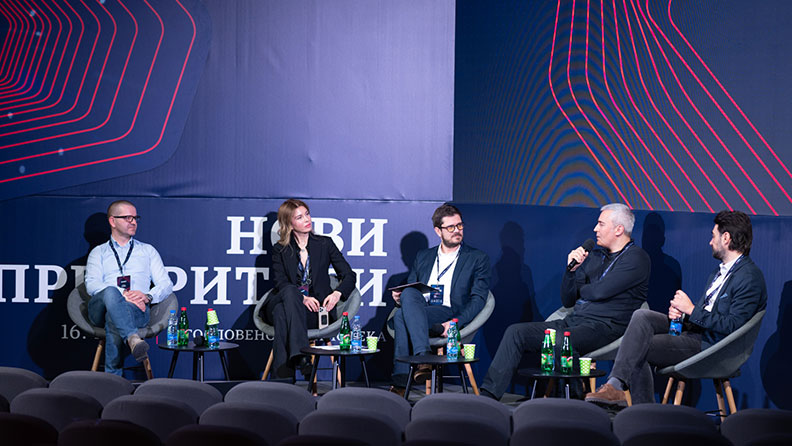 This was the topic of the panel debate moderated by Vladimir Zarić, of Four Dots. In conversation with him, Ivan Rečević, MarTech Consultant at Gaia Consulting, noted that all of these changes had been known about ahead of time and were expected, and data sovereignty was a must. Investments by companies in proper and legal data collection would pay off in the long run. Sanja Lalević, Facebook Lead Serbia, explained that companies needed to adapt their marketing and strategy in an environment of constant change, and find a balance between personalisation and the privacy of data. Jovan Protić, COO at Onet and COO and member of the supervisory board of Ringier Axel Springer Group, said that in terms of the public interest the changes are very beneficial, that technology had been developing unchecked and this would now at least partially be reigned in after having frequently been abused. Marko Carević, COO and acting CEO of Ananas E-commerce, shared from his experience of working in the Far East and mused that no amount of data meant anything if we did not know what we were looking for, and that creating value was the ultimate KPI any business should be looking towards.

Moving on with the programme, Jovan Protić gave a talk titled, “Experiences from the digital markets of Central and Eastern Europe that are applicable in Serbia”, in which he demonstrated that in order to find very successful examples of digital business you didn’t need to look to Silicon Valley because there were great things happening in our neighbourhood, and cited examples from Estonia, Poland and Czech. He explained how startups worked in these markets and how they strategically marketed themselves globally, and said that there were already 34 unicorn companies in Eastern Europe, i.e. those worth more than a billion dollars. 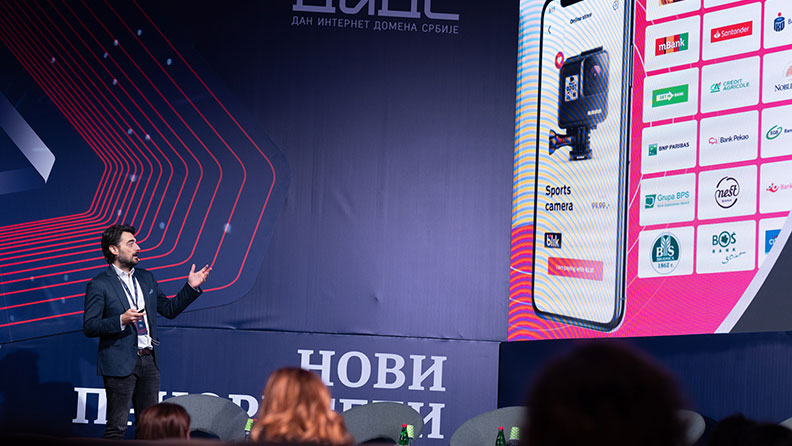 Vitaly Friedman, Creative Director at Smashing Magazine and front-end and UX consultant, held a talk that was bursting with information on how to design complex interfaces in order to create a compelling experience for users. He said that complexity was part and parcel of some industries, but he also explained how you could resolve the issues of displaying large quantities of information such that the user would be presented with maximum simplicity and predictable ordering, since clarity is a key aspect of aesthetics.

Stefan Ehrhardt, EMEA Go-To-Market Lead at Google, in his talk tackled the very challenging topic of how to create a bridge between the online and the offline environments and reconcile those two very different worlds through omnichannel sales. He took a closer look at the changes resulting from the upheaval of the pandemic, the boom in ecommerce, but also people’s continued need to shop offline. He talked about the expectation on the part of customers that brands will be just as present offline as they are online, and about the importance of presence and continuity of communication across all channels.

Be smarter than your smart devices

At the beginning of the year, in partnership with RATEL, RNIDS carried out a survey on digital security, and Slobodan Marković, digital advisor at the UNDP, was on hand to present the findings of the survey. The research showed that the trend in Internet use in Serbia was one of continued growth and that users were fairly well-informed about the security risks – scams, abuse, viruses and malware, data theft etc. However they still expected the platforms they used to protect them. The survey also showed that almost 20% of users didn’t make any sort of backup of their data and that the users of 40% of computers and 30% of mobile phones accessed their devices directly, without any protection in place. 20% also admitted that they had at least once been taken in by a message from an unknown person. 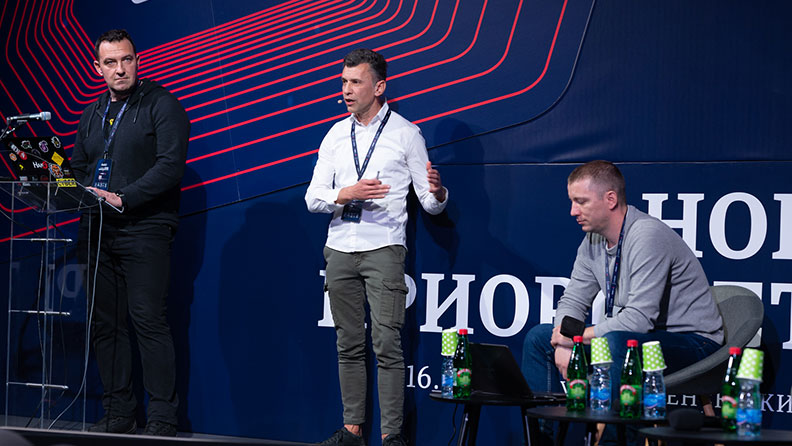 In addition to the survey, Slobodan moderated a panel discussion that featured a demonstration of a cyber-attack, with Vladan Nikačević and his colleagues showing all the things an attacker could get up to and what harm they could do to a user after taking control of their computer and smartphone. They showed how by using an infected USB stick the user could end up losing their data, how his or her devices and communications could be manipulated and how victims of such an attack could suffer loss of both their private and business reputation and of resources too.

During the discussion, Daniela Andrović of NCERT analysed the research and added her own warning that scams today had got so sophisticated that users needed to be on constant alert in order to avoid the hackers’ traps.. She explained how to recognise phishing emails and also what kinds of incident to report to NCERT. Dunja Majstorović, of Siemens Energy Serbia, talked about good security practices, from locking your PC whenever you leave it to the fact that a single layer of protection for company resources was not enough and that there needed to be multiple layers of protection which are continually monitored and upgraded. 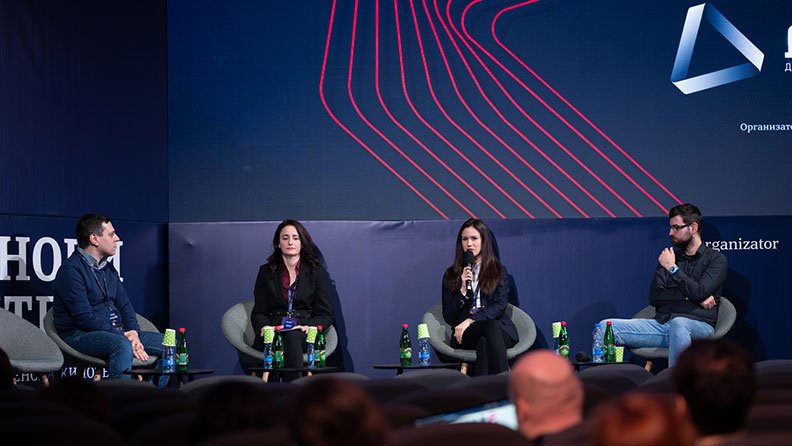 Vojislav Perić, the SupremeNexus, recounted how he lost control of his YouTube channel which has more than 450,000 subscribers. He said that the attack was possible because the operating system hadn’t been updated on the PC and the attacker had used a security hole in a preinstalled game.

Technology cannot be ethical, only the people using it

In the closing portion of DIDS viewers had a chance to hear three exceptional talks on subjects very rarely discussed.

Andrew McStay, Director of the Emotional AI Lab at the University of Bangor in Great Britain, a pioneer in the introduction of ethics to the field of artificial intelligence and creator of the first ethical guidelines for the use of AI, talked about the stance taken in international legislation towards emotion recognition. He said that the field was partially recognised but legally unregulated. He also presented opinions from the British public regarding emotion recognition and their attitudes on the circumstances in which this would be acceptable and in which it would not.

Creative strategist  Lazar Džamić  gave a talk on the topic “Ethical challenges of the (digital) marketing space” and concluded that from the ethical point of view everyone in marketing wore grey hats and no-one was all-white. He said that ethics were something not discussed in the region, but that they weren’t talked about in the West either. He talked about marketing “black ops”, about different types of data manipulation, the levels of user profiling and the shortcomings of the regulations, as well as how deep profiling and the personalisation of advertising could go. 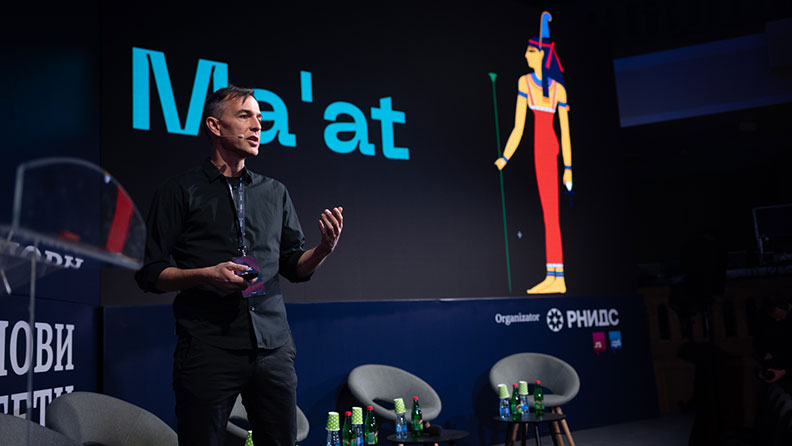 Igor Spasić, solution architect, talked about ethical code and the responsibility of software engineers for the code they produced, and explained that a program ought to serve its user. He talked about the “games of the silicon gods” and gave numerous examples of how software could function in unethical ways. He laid out facts that showed that almost every tech company had breached some ethical standard and added that artificial intelligence couldn't be ethical as it was only a tool and it was the people operating it who were good or bad and in turn trained it accordingly.

Anyone wishing to watch the recording of the conference can do so on RNIDS’ YouTube channel.