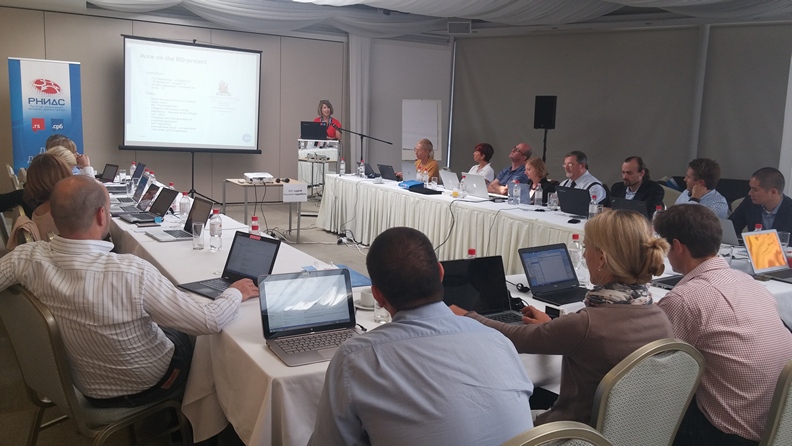 On 24th and 25th September at the Zira Hotel in Belgrade RNIDS (the Serbian National Internet Domain Name Registry Foundation) organised the 48th CENTR Legal and Regulatory Workshop, bringing together 23 participants from 16 national registries, as well as delegates from the Council of European National Top-Level Domain Registries (CENTR). In addition to European registries, the Canadian national registry was also represented at the meeting.

The event was opened by Danko Jevtović, RNIDS CEO, and one of the major topics of the gathering was supervision of accredited registrars and measures to be taken in the event of breaches of contract, a topic spoken on by the representative of the Canadian registry. The delegate from the Polish registry spoke about their experiences regarding recent improvements to registration policies and practice.

In addition to topics directly relating to domain name registration policies, the representatives of CENTR talked about possible changes to regulations at the European level relating to expansion of the responsibilities of national Internet registries, as well as about the NIS Directive, the importance of ENISA and the role of registries in resolving security incidents.

The host, Dejan Đukić, General and Legal Affairs sector manager at RNIDS, gave participants a brief run-down of the data on Serbia and Belgrade, including the number of Internet users in this country. He went on to talk about registration policies and the dispute resolution procedure for Serbian Internet domains, as well as about the organisational structure of RNIDS. He also explained recent changes in the General Terms and Conditions for national domain name registrations, specifically the removal of the obligation to collect a JMBG (citizen’s ID number) from registrants of .RS and .СРБ domain names.