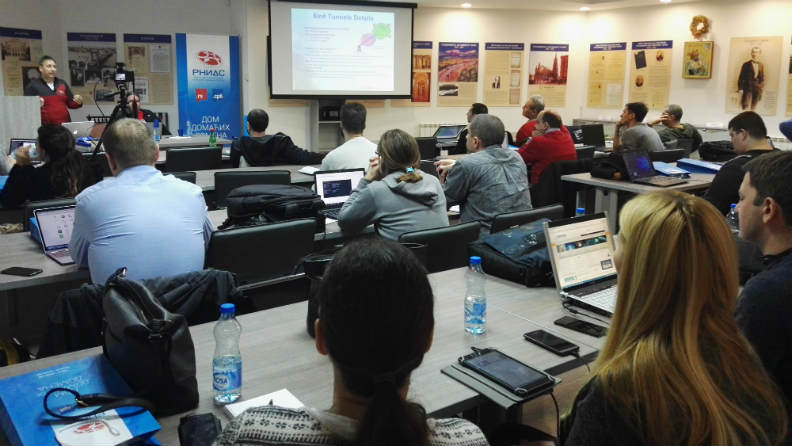 The Serbian National Internet Domain Registry Foundation (RNIDS), in partnership with the ISOC, held a free workshop on the topic "IPv6 application in cellular and non-cellular networks" on 22nd November 2017. The video recording of the workshop and accompanying materials made available here, are intended for network operators, Internet service providers and academic and state institutions.

In the first part of the workshop there is a discussion of the basics of IPv6 and the transition from IPv4 from the perspective of network operators, Internet service providers and academic and state institutions. The second part of the workshop is somewhat more technical and concerns the introduction of IPv6 and IPv6-only networks (including IPv4-as-a-service for end users). You can hear an explanation of the 12 standard steps in the process of deploying IPv6, as well as different scenarios for facilitating the use of IPv4 for users[MA2]  who still need it.

Jordi Palet Martínez: CEO/CTO at The IPv6 Company[MA4]  for the last 17 years. Has devoted most of his career to IPv6 R&D, standardisation, training and consultancy. He has worked with IPv6 customers in 110 countries and has co-authored a number of RFCs and books related to IPv6, as well as contributing to IPv6 training and policy making in regional Internet registries (RIRs) around the world.

Jan Žorž: Has been active in networking since 1992. Was a pioneer of SiOL, one of the largest ISPs in Slovenia. For the last seven years, he has been working as an IT consultant, specialising in IPv6. He is active in the Internet Society and the IETF. He co-founded the not-for-profit Go6 institute, which provides expert support and promotes the IPv6 transition in Slovenia and worldwide. He co-authored the RIPE-501 Requirements For IPv6 in ICT Equipment document (recently replaced by RIPE-554 which he also co-authored), used around the world by enterprises and governments when making public procurements.