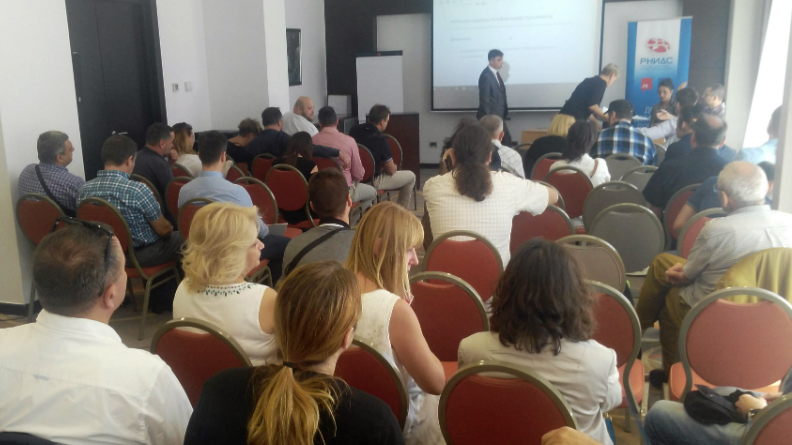 Zoran Buhavac and Ivan Minić thereby continue in the roles they performed in the previous mandate. In addition to this, Zoran Buhavac was chair and deputy chair of the RNIDS Board of Governors between 2009 and 2013, and was also a member of various working groups between 2008 and 2015. He is employed in marketing and Internet service sales in the company Gama Electronics and is their authorised representative in the Conference. Ivan Minić is the authorised representative of “Burek.com” from Belgrade, and is the founder and director of this company. He has been involved in web application design and development for more than 15 years, as well as providing consulting services in Internet marketing, e-commerce and other related areas.

RNIDS manages the register of domain names for the .RS and .СРБ ccTLDs, as well as Internet infrastructure of special significance for the operation of the Internet in Serbia, ensuring that the national Internet domains function faultlessly. The Conference of Co-founders a RNIDS body of RNIDS comprising authorised representatives of all co-founders, who enact all documents of importance for the functioning of the organisation, as well as electing members to the Board of Governors. Authorised representatives elect a Conference chair and deputy chair from among their own number for a two-year mandate, up to a maximum of two terms. The previous election was held 19th September 2015.

RNIDS is an open organisation with a roster of co-founders that is constantly growing. One of RNIDS’ objectives is to involve the broadest possible cross-section of society in what it does, since this builds trust in the work of the national registry, in the national Internet domains and in the Serbian Internet space. This in turn increases confidence in all those doing business on the Serbian Internet on the national domains. That is why there is an open invitation to all companies and business owners who are interested in the development of the Internet and Internet services in Serbia to become RNIDS co-founders.